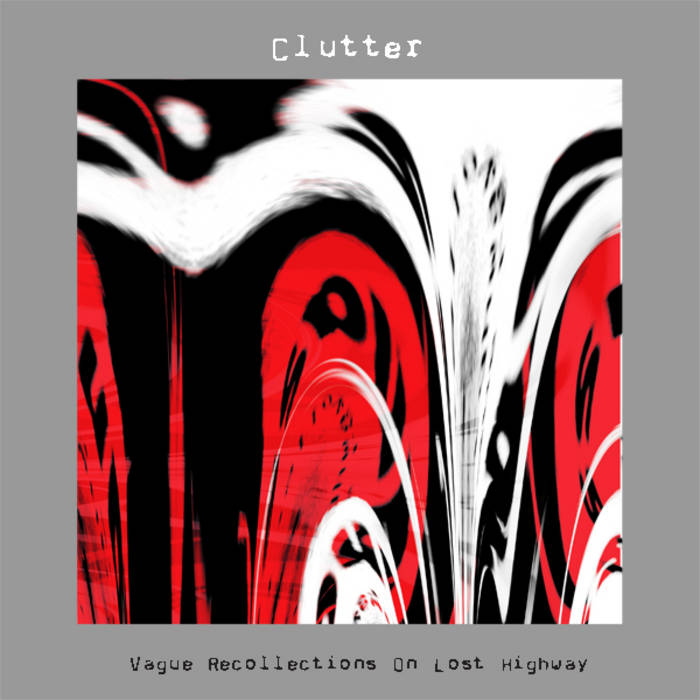 This is a remastered edition of Vague Recollections On Lost Highway released for the first time under the name Clutter. Tracks 1-10 are the original album and tracks 11 & 12 are both unreleased tracks recorded under the name Hela Parc in 1998 in Lancaster.

*First released in 2001 as a limited edition hand crafted CDr by Hypermnesis Records under the name Manassas.

*Released in 2006 on net label Earth Monkey Productions (www.earthmp.org) under the name Manassas.

This darkly claustrophobic yet strangely appealing musical offering was written as a soundtrack for the preview evening of John Hall’s latest exhibition, Figures Crossing Abbey Road, which runs until February 10th at The Dock museum

It is one of the most intriguing and exciting pieces of music I have heard from the Furness scene in the past year, an atmospheric ambient riffing with bizarre industrial samples and loops, which either offers a soothing rattle in your head or drives you insane with it’s sonic clanking depending on your mood.

It is the sort of music you would not want to be locked in a lift listening to but in the brilliant art space of The Dock recently, it made perfect sense; given freedom in a big room it worked, a clockwork banana backdrop which made you look and feel with fresh eyes.

With an increasing market for soundtrack music our Shaun is definitely on to something.

Shaun Blezard is one of a number of local musicians who are able to reinvent themselves, having played bass with country and western band The Clementines and indie pop outfit The Peach Thieves - he appears finally to have found his own voice with this collection of offbeat electronica.

All tracks written by Shaun Blezard unless stated.

Shaun Blezard is a composer and improviser working with digital technology.

Bandcamp Daily  your guide to the world of Bandcamp

Interviews With Butcher Brown and Slauson Malone, plus LP of the week by SAULT.